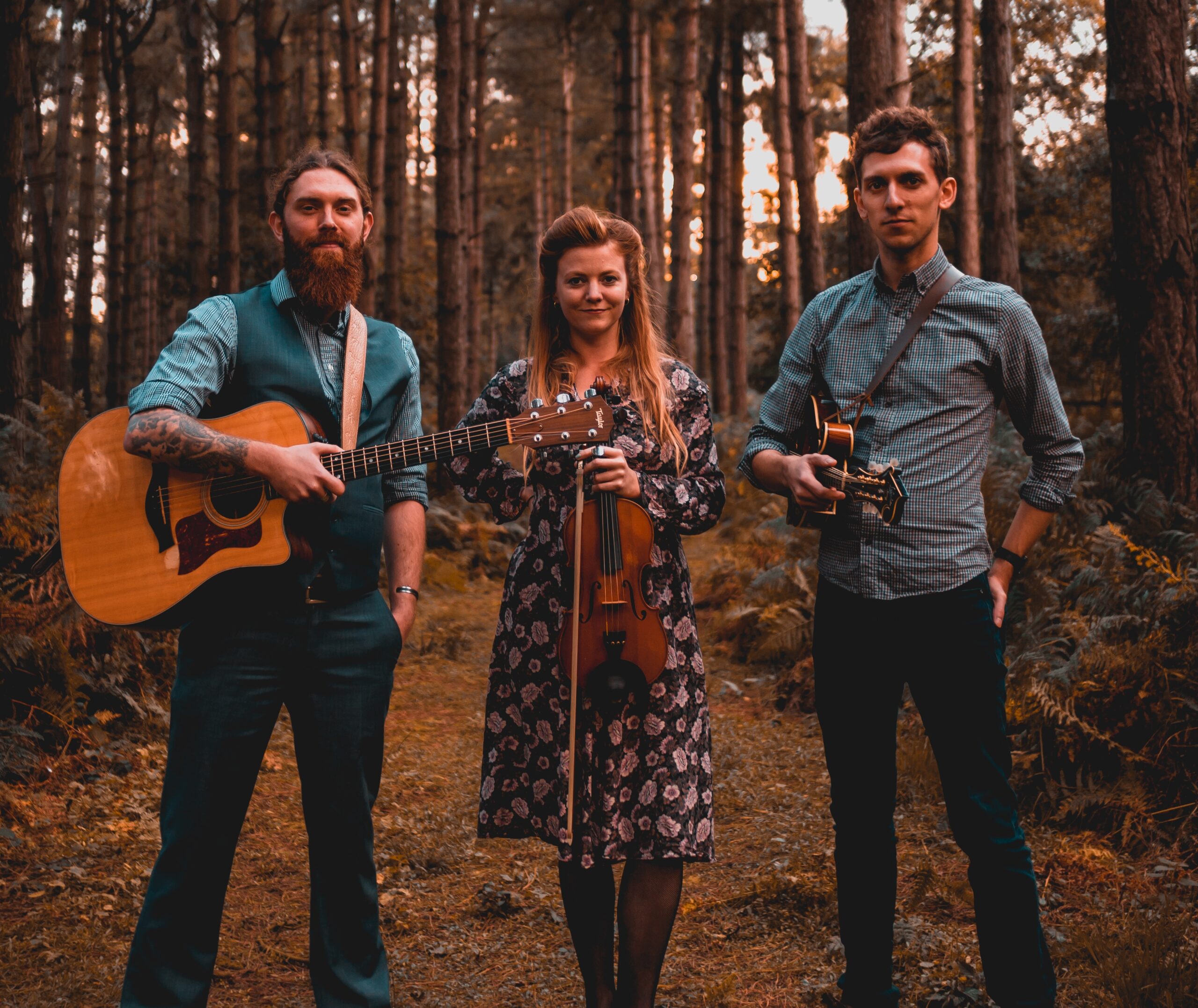 One of the hardest working bands on the scene, The Shackleton Trio have gained significant UK and International exposure, becoming an in demand name on the folk circuit. They have been featured on Mark Radcliffe’s Radio 2 Folk Show and BBC Radio 4, received ★★★★★ reviews, and an appearance on Cambridge Folk Festival main stage alongside a host of UK and European festivals and international tours.

Get an even bigger discount, buy a May LIVESTREAM bundle to see:
The Shackleton Trio
Lady Masiery
Ezio
BUY WEEKEND BUNDLE HERE