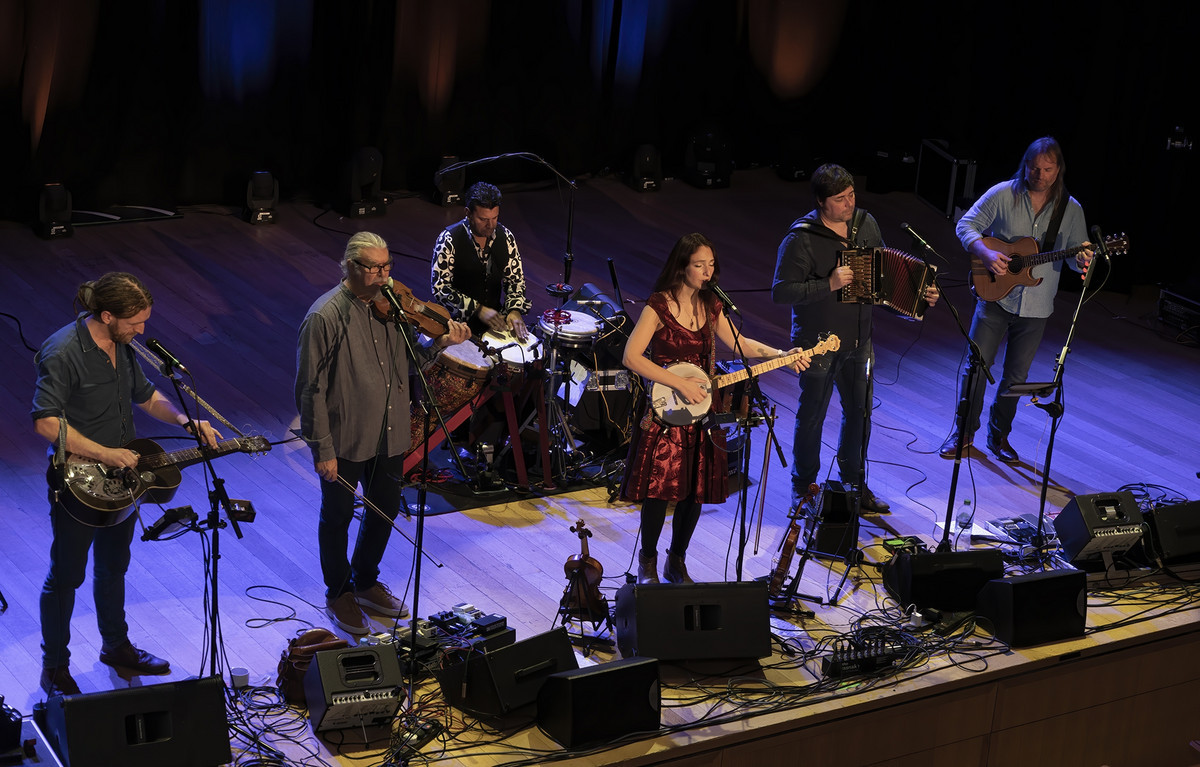 “With the Gigspanner Big Band, Peter Knight has assembled a group of musicians intent on making some of the most important and exhilarating art ever to sit under the banner of folk music” FRUK

The Gigspanner Big Band are a unique force in British folk music… Their high-energy, virtuosic performances appeal equally to traditionalists and to those looking for something more experimental, and they have garnered praise from publications as varied as fRoots, The Telegraph and The Wire, where they were described as ‘melodically folk-rooted yet open and innovative beyond the constraints of genre’

Characterised by riotous inventiveness, technically gifted individual playing and subtle collaborative interaction, this coming together of several of the biggest names on the folk-roots scene, combines a deep knowledge of roots traditions with a ceaselessly boundary pushing approach.