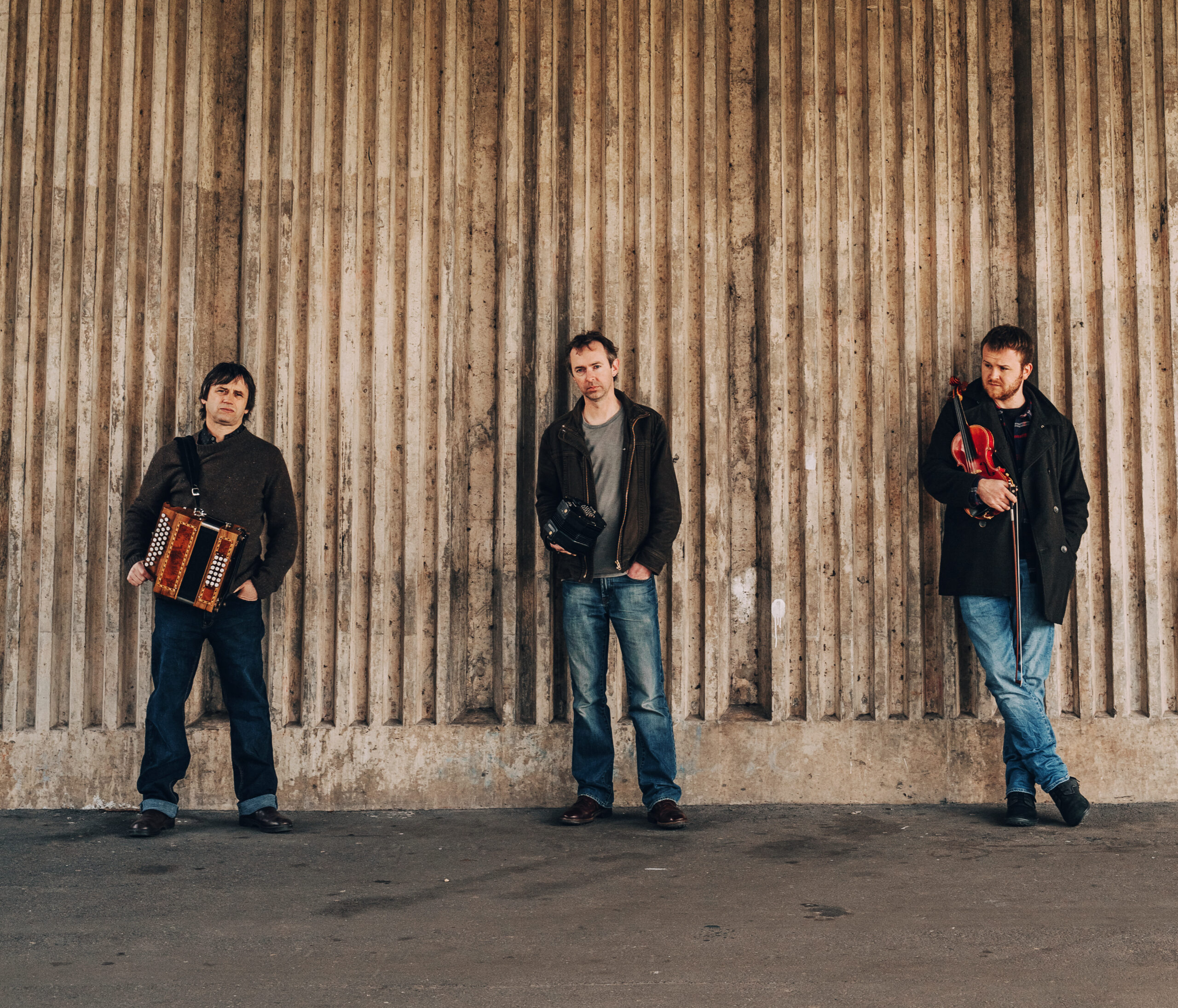 Leveret features three of England’s finest musicians – Andy Cutting (button accordion), Sam Sweeney (fiddle) and Rob Harbron (concertina) – playing together in a unique trio. Their playing combines thrilling musicianship and communication with a genuine warmth and connection with audiences. Leveret’s music is not arranged and instead they rely on mutual trust and musical interaction to create new settings of their repertoire in the moment, drawing audiences in and inviting them to share in music making that is truly spontaneous and yet deeply timeless.

Leveret’s track record as individual musicians is exceptional. Fiddler Sam Sweeney was the 2015 BBC Folk Awards Musician of the Year and is nominated for the 2019 award. He was the inaugural artistic director of the National Youth Folk Ensemble and is known for his work in Bellowhead and The Full English, and for his solo album The Unfinished Violin. Melodeon genius Andy Cutting, a four-time BBC Folk Awards Best Musician, is a compelling solo performer and works with Blowzabella, Topette, June Tabor, and Roger Daltry. Concertina wizard Rob Harbron leads the English Acoustic Collective summer school and is known for his work with The Full English (Best Group and Best Album BBC Folk Awards 2014), Emily Portman, Emma Reid, and Jon Boden. Individually they are among the best instrumentalists in England; collectively they are an amazing ensemble who combine incredible musicianship with a warmly engaging presence.